Shellee has been pursuing music most of her life in one way or another.  She attended college at Belmont University in Nashville and got her start as a writer there, but it wasn’t until after having two children, that she really began to pursuing her career as an artist. Since 2009, she’s put out 3 studio projects with Jeffery Armstreet of Magnolia Red/ Red Tree Studios.  She’s opened for such prominent artists as James McCartney, Teri Hendrix, Susan Gibson, Gretchen Peters, Greg Laswell and Karla Bonoff.  Shellee was a top 12 finalist at the 2012 Songwriter’s Serenade and a finalist in The Bugle Boy’s Showcase for Aspiring Artists. Since 2012 she’s been working with young songwriters, doing camps and private classes with Real Life Real Music, as well as her own company called Circle Sessions.  In the past two years she has spent most of her time playing regionally, but also touredthrough Tennessee, North Carolina and up the East Coast, having the wonderful privilege of opening for Mark Germino at The Bluebird Cafe in Nashville, as well as being one of the featured supporting songwriters at the 2014 Dripping Springs Songwriter's Festival. 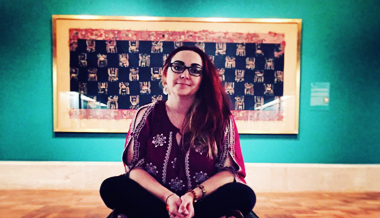 Becoming: A Season for Rebirthing

A visual prayer of doubt, faith and hope.

Willingness to wait in transition, to be Transfigured.

Willingness to be in communion and to wander towards blessing.

Willingness to get honest, letting go of certainty and shedding.

Willingness to be human, to be water embodied in earth, owning who we are.