Terry is Mi’kmaq / Acadian. He and his wife Bev are in their 44th year of marriage. They have three adult children – twin daughters and one son.

In addition to being the Executive Director of Indigenous Pathways, Terry is also the founding Chair and current Director of NAIITS: An Indigenous Learning Community. Terry holds an interdisciplinary PhD from Asbury Theological Seminary, specializing in Theology and Anthropology.

Terry serves as adjunct professor at George Fox Evangelical Seminary in Oregon, Acadia University and Divinity College in Wolfville, William Carey International University, and Tyndale University College and Seminary in Toronto, where he also serves as program elder for the University B.Ed. program. Terry has accrued over 38 years of community work in Native North American and global Indigenous contexts including as an educator in theology, cultural anthropology, and community development practice.

Author of numerous articles, papers and assorted book chapters, Terry has won several awards for his varied writings. In June 2010, for his work on the creation of NAIITS, Terry became the 28th recipient of the Dr. E.H. Johnson Memorial Award for Innovation in Mission – an award he holds in common with such distinguished recipients as Archbishop Desmond Tutu. In May of 2015 Terry was awarded an honorary Doctor of Divinity degree from Acadia University. 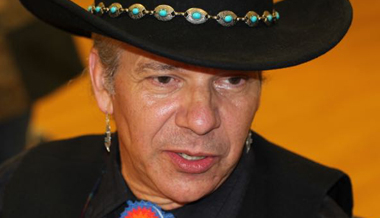 From race construction back to images Christ.