Grace Ji-Sun Kim is a Korean-American theologian and professor. She is best known for books and articles on the social and religious experiences of Korean women immigrants to North America.

Kim specializes in writing and teaching constructive theology, feminist theology, post-colonial theology, and Asian-American theology. Her first book, The Grace of Sophia, deals with the suffering in patriarchal Korean (Confucian and Christian) families and the way in which the ancient Hebrew notion of female Wisdom, Sophia, can liberate patriarchal Christology. Her second book, The Holy Spirit, Chi, and the Other celebrates the sense in which the Chinese / Korean / Japanese notion of Chi can add substance to our understanding of the Holy Spirit and unite spiritual ideas in Christianity with those in Confucianism, Hinduism, Taoism, and Buddhism. She has contributed to more than eleven other books on several contextual theological themes, and has contributed numerous papers and symposia participations on these subjects. 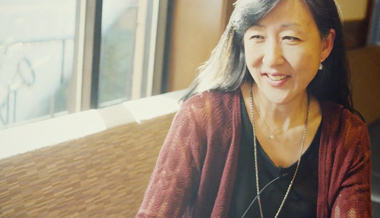 Liberation is for all.

Chi and the Spirit of God

Breathe deep the breath of God.

Who are we making the "other?"

A 7-session film series on welcoming the divine.