Derek Walsh Webb (born May 27, 1974 in Memphis, Tennessee) is an American singer-songwriter who first entered the music industry as a member of the band Caedmon's Call, and later embarked on a successful solo career. Webb graduated from Klein High School in Klein, Texas in 1992. He was active in Young Life and spent a month working at Young Life's Frontier Ranch in 1999. As a member of the Houston, Texas-based Caedmon’s Call, Webb has seen career sales approaching 1 million records, along with 10 GMA Dove Award nominations and three Dove Award wins[1] and six #1 Christian radio hits.

In 2003, Webb left Caedmon's Call to pursue a solo career. Since his departure, he has released six studio albums (including one instrumental), a live album, two compilation albums, a covers project, two DVDs and an EP (with his wife, Sandra McCracken). While these have been less commercially successful than his work with Caedmon's Call, Webb has had more of a free hand to shape his work to be exactly how he wants it.

On May 22, 2007, it was announced that Webb had again worked with Caedmon's Call, writing and recording for their album, entitled Overdressed, and would be joining the band on their subsequent tour. 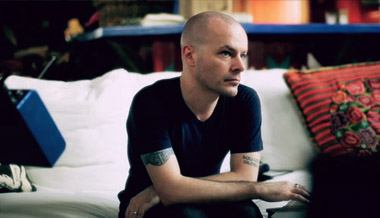 Is life a victory march or a broken hallelujah...or both? Derek Webb tells us what he sees.

Tell Us What You See

Derek Webb on the job of the artist.

Derek Webb on the vocation of an artist.

Derek Webb on how words can give new language that leeds to confession and lift burdens.

Derek Webb on creating art that's counter intuitive to your own nature.

Derek Webb on type of art he gravitates toward.