I’m Dave Tomlinson. I’m married to Pat, and we have three grown up children, three grandchildren – and a gorgeous blonde dog called Woody. I’m a writer, a speaker, a passionate seeker after truth and wisdom, and an avid explorer of theology, spirituality and life in general. And I’m the vicar of St Luke’s church in Holloway, north London.

Whenever we get the chance, Pat and I love nothing more than spending time at our remote, ramshackle cottage in Yorkshire, which has no electricity and is situated about a mile from the nearest road. After daytime walks around the valley with the dog and a meal at a local pub, we generally end up sitting by a roaring log fire, sipping glasses of port and watching DVDs on my laptop (recharged each day in the car).

For many years, I was a leading figure in the House Church movement, travelling extensively around the UK and abroad, preaching and teaching. I also led a team of fifteen people that planted and gave regular input to some fifty churches. There were many things about that part of my life that I enjoyed, but in many ways I was a round peg in a square hole where the spirituality and theology of the charismatic house churches were concerned. So we departed that world in 1989, not knowing where we were going or what exactly we were looking for – but being sure that we had to try to find it.

Surrounded by disillusioned Christians and church misfits, in 1990, Pat and I set up Holy Joes, a group that met in a south London pub that provided a forum for people who find regular church unappealing. Alongside doing that, I studied for a Masters Degree in Biblical Interpretation, and wrote The Post-Evangelical.

After several conversations with the Bishop of London, I decided to pursue ordination in the Church of England – a rather bizarre-looking step, but the best move I ever made.

Now, I am the vicar of St Luke’s, a glorious mishmash community of north London urbanites, sharing friendship, and groping after God. It’s the best job in the world! 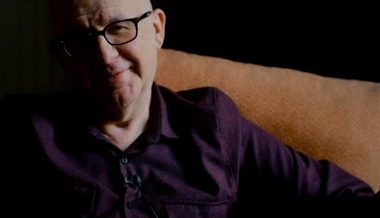 Are we all born in a state of grace?

Thinking with the Soul

The Butterfly Effect and the Kingdom of God.

Who do you want to Become?