The Shack author, William P. Young (Paul), was born a Canadian and along with three younger siblings was raised among a stone-age tribe by his missionary parents in the highlands of what was New Guinea (West Papua). The family returned to Canada where his father pastured a number of churches for various denominations. By the time he entered Canadian Bible College, Paul had attended a dozen schools. He completed his undergraduate degree in religion at Warner Pacific College in Portland, Oregon.

While in Oregon, Paul attended seminary and met and married Kim. Together they celebrate “the wastefulness of grace” with their six children, two daughters-in-law, and now two grandchildren. 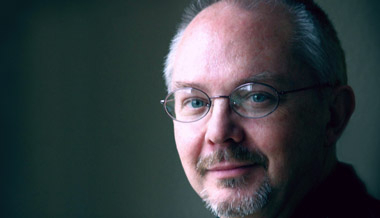 12 films on opening up to ourselves

Coming To Find Us

The Shack author, Wm Paul Young, and his thoughts on the crisis of Advent.

A Bigger View Of Life

Do you have a bigger view of life or of death?

Your uniqueness as a human being matters.

You are the one God left to find.

It's not about punishment or this legal model, it's about love.