Robert is the New York City Church Planting Catalyst for Redeemer City To City working to network with existing churches and to identify and coach new church planters.

Born to Dominican parents in New York City, Robert has spent much of his life in both the U.S. and Dominican Republic. He earned a degree in theology from Moody Bible Institute and during his studies was active in the ministry of Lawndale Community Church, Chicago, as well as planting La Villita Community Church. In 1995, Robert and his wife moved into the Colonial City of Santo Domingo where they planted Iglesia Comunitaria Cristiana (ICC) with a focus on justice and compassion for the most under-resourced in the community.

Robert is also the co-founder of the Coordinating Community of Del Camino Network for Integral Mission in Latin America with networks in Costa Rica, Argentina, Chile, Guatemala, Honduras, Nicaragua, Brazil and the Dominican Republic. 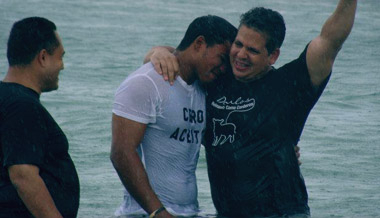 Robert Guerrero talks about holistic ministry and "showing" the power of the Gospel.

The Five and Two

Robert Guerrero talks about the power of the Gospel seen in under-resourced communities responding to God.

Robert Guerrero on the Kingdom economic principles that secure a just and alternative community to that of the empire.

The Power Of Ten

Robert Guerrero on growth from the bottom up.