Rick McKinley serves as Lead Pastor of Imago Dei Community.  He and his wife, Jeanne, and their four kids moved to Portland, Oregon in October of 2000 to plant the church.  Since then, Imago Dei has been voted one of the Top 25 Most Innovative Churches in the Country by Outreach Magazine and Portland Monthly Magazine named Rick one of Portland’s 50 Most Influential People.

Today, besides his pastoral and preaching duties with Imago, Rick travels widely to share local movements like Advent Conspiracy with the broader church.  He also teaches on topics such as holistic mission, leadership, and spiritual formation.  He serves as President of The Waterhouse Network.

Rick has authored four books and serves as Assistant Professor of Pastoral Ministry at Multnomah University.  He received his Doctorate from Gordon Conwell Theological Seminary.

Rick and Jeanne enjoy spending time with their kids and thanking God for all He has done and continues to do. 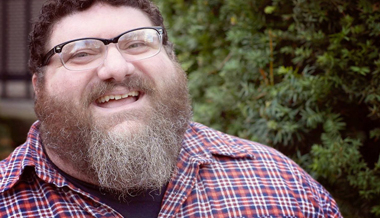 Created Out of Love

Rick Mckinley's thoughts on the Trinity.

Rick Mckinley on the freedom that God offers.

Hope In An Undiscovered Future

Rick McKinley's thoughts on the Gospel.

The Invitation to Freedom

Rick Mckinley on the invitation to freedom.

Our Cry for Freedom

Rick Mckinley on our cry for freedom.