Philip Clayton is a philosopher and theologian specializing in the entire range of issues that arise at the intersection between science and religion. Over the last several decades he has published and lectured extensively on all branches of this debate, including the history of modern philosophy, philosophy of science, comparative religions, and constructive theology.

Above all, Clayton’s books and articles address the cultural battle currently raging between science and religion. Rejecting the scientism of Dawkins and friends, he argues, does not open the door to fundamentalism. Instead, a variety of complex and interesting positions are being obscured by the warring factions whose fight to the death is attracting such intense attention today.

Clayton has drawn on the resources of the sciences, philosophy, theology, and comparative religious thought to develop constructive partnerships between these two great cultural powers. As a public intellectual he seeks to address the burning ethical and political issues at the intersection of science, ethics, religion, and spirituality (e.g., the stem cell debate, euthanasia, the environmental crisis, interreligious warfare). As a philosopher he works to show the compatibility of science with religious belief across the fields where the two may be integrated (e.g., emergence theory, evolution and religion, evolutionary psychology, neuroscience and consciousness). 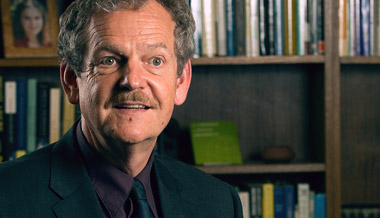 Origins of the Universe

It used to be that science was thought to have nothing to do with us. In this first of five videos on “Emergent Evolution, Spirituality and God,” Philip Clayton explains how we are in fact part of the grander story of the universe.

Is life the result of a miraculous divine intervention, or is it an inevitable byproduct of the laws of physics and chemistry or both? In this second video of the series “Emergent Evolution, Spirituality and God,” Philip Clayton describes current scientific thinking about the origins of life on earth.

The Coevolution of Biology and Culture

Could it be that more than just biology is involved in the evolutionary process? In this fourth video of the series “Emergent Evolution, Spirituality and God,” Philip Clayton shares the concept of coevolution, the idea that cultural and biological forces both play a role in determining the broader trajectory of living organisms.

We are often taught that evolution requires the concept of “competition” to be at its very core. In this third video of the series “Emergent Evolution, Spirituality and God,” Philip Clayton talks about recent scientific discoveries that show how organisms work together symbiotically to create ever new forms of cooperation.

In the centuries after Newton, science was held not only to exclude “spirit” but also to disprove its existence. In this final video of the series “Emergent Evolution, Spirituality and God,” Philip Clayton argues that recent changes in the interpretation of science actually invite the non-material back into the conversation.