Martyn Joseph is a powerful singer and songwriter gifted with the rare ability to speak to the soul with his expressive and poignant lyrics. With a career spanning 30 years, 31 albums, over a half a million record sales and thousands of live performances, the versatility of his music touches genres of folk, rock, soul, folk funk and Americana, yet somehow all these labels cannot define the spirit of his music. Compared to Bruce Springsteen, John Mayer, Bruce Cockburn and Dave Matthews, he has created his own style and reputation as a mesmerising live performer. A unique talent driven by passion, social awareness and love for his trade, his music manages to empower and speak for the many.

Martyn was awarded Best Male Artist at the 2004 BBC Welsh Music Awards and in 2012 his song “There’s Always Maybe” won the best folk song category in the World Independent Music Awards. In addition to his 5 top 50 UK hits, the importance of his work has been recognised by programmes such as BBC 2’s prime time series on Singer/Songwriters. Social justice has an essential presence throughout his music, which has been recognised with various humanitarian awards and plaudits.

Concerned with making music that is relevant and vital to his audience, he engages with challenging narratives tackling the complexity of the human condition underpinned with a promise of hope. In his own words “Really what I do is to try and write songs that might step up and make some sense of a moment in time. A good song makes you feel like you’re not alone in the world.” 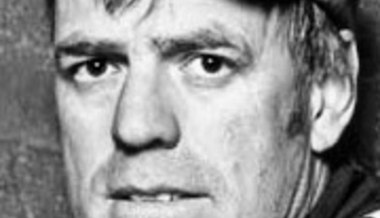 Acclaimed singer songwriter Martyn Joseph talks about God's revolution in the mundane and the ordinary - in the upside down.