Mark is an editor at JesusRadicals.com (a webzine exploring the intersection of Chrsitianity and anarchism). He is the producer and co-host of the Iconocast (podcast), having interviewed James Cone, Waziyatawin, Cornell West, Stanley Hauerwas, Starhawk, John Dear, Rita Nakashima Brock, and more.

Mark is the author of That Holy Anarchist, the editor of the Missio Dei Breviary, and have contributed to several books (such as Viral Hope,Banned Questions about Jesus, Forming Christian Habits in Post-Christendom, and Widening the Circle). Mark leads retreats, facilitates workshops, speaks at conferences, and has taught at several seminary courses. 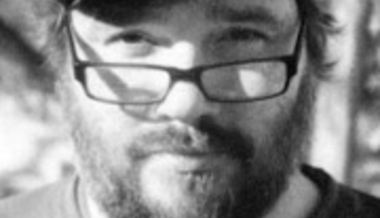 Mark Van Steenwyk on the Gospel and the role of the church.

Mark Van Steenwyk on the freshness and hope of the Kingdom

What does peace mean to you?