Opus Prize and UN Nansen Award  winner Marguerite Barankitse, known as "Maggy," witnessed the murder of over 70 people in Ruyigi, during the civil war between Hutu and Tutsi tribes in Burundi. Maggy's responded by founding Maison Shalom  (House of Peace), “I am a tutsi woman. Before the war began I already had seven adopted children, four hutu and three tutsi. When the killing began, people were demanding to know who was hutu and who was tutsi. But I said, you can’t separate children, I refused to separate them. But no one would protect us all, so we went to the Bishop’s house, thinking we would be protected in God’s house. There were many other people already there. The tutsis came and demanded that we handed over the hutus to them. I refused, but they beat me and tied me up and then covered the building with fuel. I was so frightened, but I remembered I had a little money and I offered them money to spare the children. They did, and allowed 25 of the children to live.

The whole thing, it took from 9am to 3 in the afternoon. They only let me go because I was tutsi. I was so frightened and distraught, but I could not see any of the children, so I went to the chapel to pray. I said to God, “show me how, show me how I can continue to live after this.” Then I heard my oldest child say ‘we are here’, and they were, all seven of them, hiding in the chapel with the other children.

I saw then, I decided I needed to help create a new generation. It was my absolute conviction. So I took my own seven children and the other 25 to the cemetery to try and find a safe place, I knew that if people saw the children they would try and kill them. We were very very hungry. I thought ‘where can we go to be safe?’ And Lysette, who was only four said ‘ActionAid can help’. So we went to the home of a German man (who was working for AA at the time), and that is where Maison Shalom begins."

Maggie has raised over 10,000 orphans - a new generation - to be "inventors" of peace. As maggoe likes to say, "I know I can never stop the war, but I can stop it in my heart and in the hearts of the children." 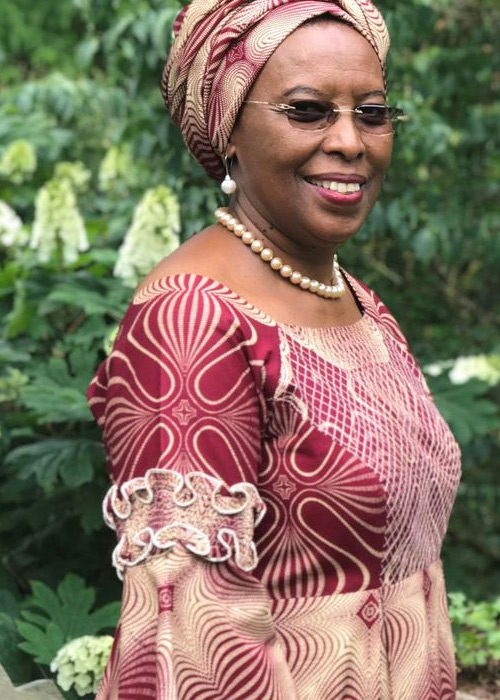 Station VIII from The Way of the Heart series.

"I have a triumphant trust in God," says Maggy Barankise

Maggy Barankise talks about loving the criminals who murdered her family.

Maggy Barankise raising a generation of inventors of love.

Love always gets the last word.