Sojourners Director of Mobilizing, Ms. Harper was the founding executive director of New York Faith & Justice, an organization at the hub of a new ecumenical movement to end poverty in New York City. Her writing has been featured in The National Civic Review, God’s Politics blog, The Huffington Post, Urban Faith, Prism, and Slant33 where she has written extensively on tax reform, comprehensive immigration reform, health care reform, poverty, racial justice, and transformational civic engagement.

Ms. Harper’s faith-rooted approach to advocacy and organizing has activated people of faith across the U.S. and around the world to address structural and political injustice as an outward demonstration of their personal faith.

Having earned her masters degree in Human Rights from Columbia University in New York City, Ms. Harper's forthcoming book, Left, Right & Christ: Evangelical Faith in Politics, was co-written with D.C. Innes (an evangelical Republican who is also a Tea-Partier). Harper and Innes explore their philosophies of government and business as well as six major issues the next generations of evangelicals must wrestle with to be faithful witnesses in the public square. (Forthcoming October 2011)

Ms. Harper’s first book, Evangelical Does Not Equal Republican…or Democrat, offers a power-packed look at the roots of evangelical faith, how Evangelicals strayed so far from those roots, and what is bringing them back.

Ms. Harper co-founded and co-directed the Envision 2008: The Gospel, Politics, and the Future conference on the campus of Princeton University (June 2008) and co-chaired the Envision 2011: Caring for the Community of Creation: Environmental Justice, Climate Change, and Prophetic Witness symposium in New York City (June 2011). She was the recipient of Sojourners’ inaugural Organizers Award and the Harlem “Sisters of Wisdom” Award.  She was celebrated on Rick Warren’s website Purposedriven.com as one of the site’s inaugural seven “Take Action Heroes.”

Ms. Harper serves on the board of directors of the New Evangelical Partnership for the Common Good, is a cofounder of the National Faith and Justice Network and is a member of Metro Hope Church in New York City (an Evangelical Covenant Church). 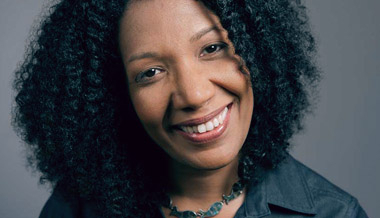 What Is The Gospel?

What does reconciliation with yourself, with others, with creation, and with systems and nations look like?

Lisa Sharon Harper on the role of the church.