John Goldingay is the David Allan Hubbard Professor of Old Testament in the School of Theology at Fuller Seminary (David Allan Hubbard was long-time President of Fuller and an Old Testament scholar and professor). He studied theology at Oxford, was ordained and worked as a pastor in London, and later gained his PhD from Nottingham University after becoming a professor of Old Testament and Hebrew at John's Theological College (seminary) in Nottingham, England.  John was principal of the theological college for nearly ten years before coming to Fuller in 1997.  He was married to Ann for 43 years; she died in 2009; John has two married sons.  I am now married to Kathleen Scott.  John is also also priest-in-charge of St. Barnabas Episcopal Church in Pasadena. 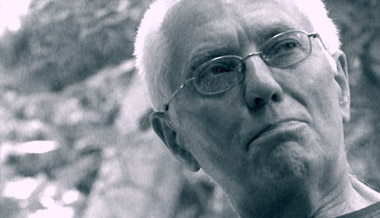 John Goldingay on the role of the artist.

Have we lost the capacity for empathy?

In many ways the church has become dismembered. So how do we remember in order to re-member?

We have become "stuff focused?" In this culture how do we become an "alternative" community?

To Hell In A Hand Basket

Author and professor John Goldingay's take on the condition of the North American church, and what breaks his heart.