Howard Washington Thurman (November 18, 1899 – April 10, 1981) was an influential African-American author, philosopher, theologian, educator, and civil rights leader. As a prominent religious figure, he played a leading role in many social justice movements and organizations of the twentieth century.[1] Thurman's theology of radical nonviolence influenced and shaped a generation of civil rights activists, and he was a key mentor to leaders within the movement, including Martin Luther King, Jr. 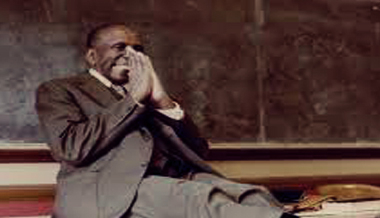 Opening: A Season of Beginning

A prayer by Howard Thurman.