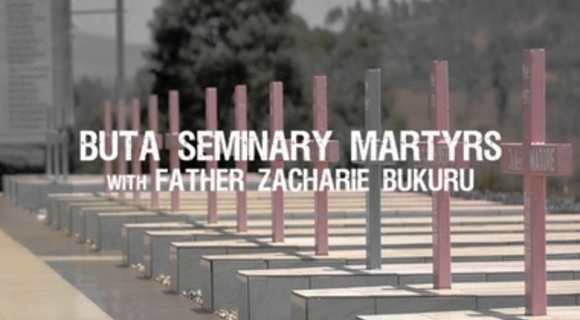 In the morning of April 30th, 1997, when the civil war in Burundi was at its climax, A group of armed rebels carried out an attack on Buta Seminary. When the rebels entered the seminary grounds, they ordered the students to separate by ethnicity so they could kill the group they considered to be their enemies.

The students refused to separate, saying that they were all sons of God. After three futile attempts to make them separate, the rebels opened fire on all the students, killing forty and wounding others.

This is an interview with Father Zacharie Bukuru, who was principal of Buta Seminary at the time of the massacre.

MLK Prayer for the Church with Voiceover.

Martin Luther King Jr's prayer for the church with a voiceover.