Page CXVI is a project started with the idea of making hymns accessible and known again. They are some of the richest, most meaningful, and moving pieces of music every written.

The name comes from a reference to page 116 in our copy of The Magician’s Nephew by C.S. Lewis. It is a poignant passage where Aslan begins to sing Narnia into creation out of a black void.

It starts, “In the darkness something was happening at last. A voice had begun to sing. It was very far away and Digory found it hard to decide from what direction it was coming. Sometimes it seemed to come from all directions at once. Sometimes he almost thought it was coming out of the earth beneath them. Its lower notes were deep enough to be the voice of the earth herself. There were no words. There was hardly even a tune. But it was, beyond comparison, the most beautiful noise he had ever heard. It was so beautiful he could hardly bear it.” 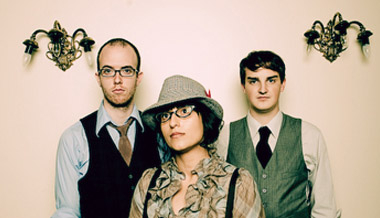 Jesus Holds It All Together

Look at Jesus and see God's original purpose in everything created. Everything finds its purpose in Him. He holds it all together right up to this moment.

If you see some brother or sister in need and have the means to do something about it but turn a cold shoulder and do nothing, what happens to God's love?

Jesus prays for himself, his disciples and all believers.

My grace is enough; it's all you need. My strength comes into its own in your weakness.

Celebrate and rejoice, because our sister was dead and has come to life; she was lost and has been found