Since 1975, when Lynne & Bill Hybels started Willow Creek Community Church, Lynne has been an active volunteer at the church. For the last fifteen years she has engaged in ministry partnerships in under-resourced communities in Latin America and Africa. More recently she has been involved in Willow’s Spanish-speaking congregation, Casa de Luz, and actively supports Comprehensive Immigration Reform.

In 2010 Lynne established a personal fundraising initiative, Ten For Congo, to support the thousands of women and girls brutally raped during the last decade of civil war in the Democratic Republic of Congo. In her personal ministry, she has also traveled extensively in the Middle East and actively advocates for peace with justice in the Holy Land.

Lynne and Bill have two grown children, Shauna and Todd, one son-in-law, Aaron Niequist, and one grandson, Henry, who runs the family.

*Lynne continues to serve as a volunteer at Willow and actively supports its work and ministry; she has never been employed by Willow Creek Community Church or by the Willow Creek Association. She also has personal ministry that is increasingly outside the scope of, and independent from, Willow. The views expressed in her blog, articles, and advocacy roles flow from her personal convictions; they may or may not reflect the official positions of Willow Creek Community Church or the Willow Creek Association. Lynne conducts her work with independent funding raised expressly for these purposes. 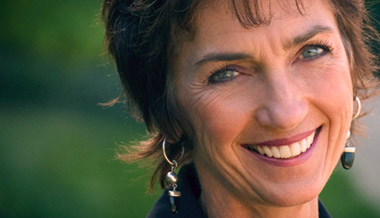