Howard A. Snyder serves as Professor of Wesley Studies, at Tyndale Seminary in Toronto, Ontario, Canada. Previously he was Professor of the History and Theology of Mission in the E. Stanley Jones School of World Mission and Evangelism at Asbury Theological Seminary in Wilmore, Kentucky, 1996-2006. He has also taught at United Theological Seminary, Dayton, Ohio, and pastored in Chicago, Detroit, and São Paulo, Brazil.

Howard was born in 1940 in the Dominican Republic where his parents, Edmund and Clara (Zahniser) Snyder, served as Free Methodist missionaries. From the age of four he grew up in Spring Arbor, Michigan; his father taught at Spring Arbor Junior College from 1944 to 1953.

After graduating from Asbury Seminary, Howard pastored the Detroit Redford Free Methodist Church for two years. During seminary, his time in Detroit, and his ministry in Brazil, Howard developed a deep interest in the church and in renewal movements which has continued to the present.

Howard earned the Ph.D. in historical theology at the University of Notre Dame in 1983, completing a dissertation on church renewal movements under John Howard Yoder. From 1968 to 1975 he served as pastor and seminary professor in São Paulo, Brazil, with the Free Methodist Church.

Howard has written or edited eighteen books, including The Problem of Wineskins (1975), The Community of the King (1977, 2004), The Radical Wesley and Patterns for Church Renewal, One Hundred Years at Spring Arbor, EarthCurrents: The Struggle for the World's Soul, Models of the Kingdom, and Decoding the Church (Baker, 2002, written with Dan Runyon). His most recent books are Populist Saints: B. T. and Ellen Roberts and the First Free Methodists (Eerdmans, 2006) and Concept and Commitment: A History of Spring Arbor University, 1873-2007 (SAU Press, 2008).

Howard has spoken or taught frequently at colleges, seminaries, and conferences, including the 1974 International Congress on World Evangelization in Lausanne, Switzerland, the 1991 Evangelism 2000 Conference in Hong Kong, and the Mission Korea 2000 Conference in Seoul. In 1993 he and Janice visited thirteen countries in Europe, Asia, Africa, and Latin America, studying the life and renewal of the church.

Howard is an ordained elder in the Ohio Conference of the Free Methodist Church. He and his wife Janice have four grown children (Mark, Jerilyn, Howard, and Jonathan), all married, and twelve grandchildren.

Currently Howard serves as vice chair of the Board of Trustees at Spring Arbor University and as contributing editor at Christianity Today. He also edits the Free Methodist Historical Society Newsletter and Revitalization, the bulletin of the Center for the Study of World Christian Revitalization Movements at Asbury Seminary.

Howard's leisure interests include running and hiking, bird-watching, travel, and reading history, biography and fiction. He and Janice are active in the Wilmore Free Methodist Church. 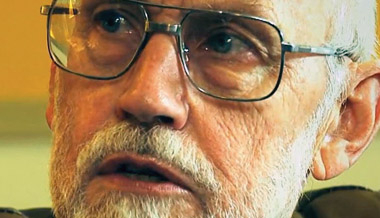 Salvation and the Kingdom

Theologian Howard Snyder on salvation, evangelism and The Kingdom.