Erwin Raphael McManus is an iconoclast known as a cultural pioneer for his integration of creativity and spirituality. He is an artist, entrepreneur, and cultural thought leader who is also the founder of MOSAIC, a community of faith in Los Angeles California. Known for their innovation, creativity, and artistry, MOSAIC has been named one of the most influential and innovative churches in America.

Engaging such issues as culture, creativity, change, and leadership, Erwin is widely known as a thought-provoking communicator, poet, and wordsmith. His travels have taken him to over 50 countries and he has spoken to over a million people from a wide variety of audiences, from professional sports, Wall Street investors, universities, film studios, and conferences across the world.

McManus is the author of Soul Cravings, Chasing Daylight, and other leading books on spirituality and creativity. His newest book, The Artisan Soul: Crafting your Life into a Work of Art, will be released Feb 25, 2014.

Erwin Raphael McManus sees the imagination as the principle vehicle through which we create a better self, a better world, and a better future. He argues that creativity is both uniquely human and the essence of human uniqueness. Creativity, McManus contends, is a natural expression of our spirituality. When we are most fully alive we create out of love all that is good and beautiful and true.

Erwin has a BA in psychology from UNC Chapel Hill, a Masters of Divinity from Southwestern Theological Seminary, and a Doctorate of Humane Letters from Southeastern University. 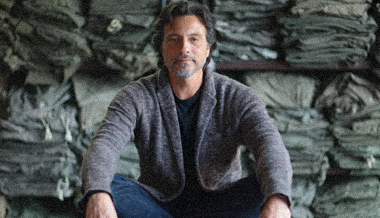 Station VI from The Way of the Heart series.

Erwin McManus on creating an artwork out of our lives.

Erwin McManus on the power of beauty over violence.

Erwin McManus on our capacity to create beauty.