David Augsburger, who has taught at Fuller Seminary since 1990, is senior professor of pastoral care and counseling in the School of Theology.

The author of 20 books in pastoral counseling, marriage, conflict, and human relations, Augsburger's most recent writings are Dissident Discipleship: Self-Surrender, Love of God, and Love of Neighbor (2006), Hate-Work: Working through the Pain and Pleasures of Hate (2004), The New Freedom of Forgiveness (2000), Helping People Forgive (1996), and Pastoral Counseling Across Cultures: Pathways and Patterns (1995). Other well-known works include Conflict Mediation Across Cultures (1992), Sustaining Love: Healing and Growth in the Passages of Marriage (1989), and the “Caring Enough” series beginning with the widely published Caring Enough to Confront (1980; latest reprint 2012). Before coming to Fuller, Augsburger taught at seminaries in Chicago, Indiana, and Pennsylvania. For over a decade, he served as radio spokesperson for the Mennonite Churches. His productions won ten awards for creative religious broadcasting. He has written feature articles that have appeared in over 100 different periodicals.

An ordained minister of the Mennonite Church and a diplomat of the American Association of Pastoral Counselors, Augsburger has taught counseling and led workshops internationally, and practiced supervision and therapy. 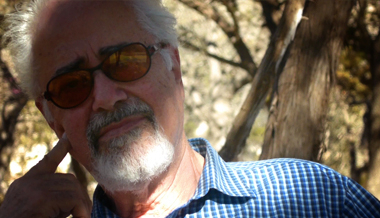 Who was Jesus that we can't be?

Thoughts on loving your neighbor.

We Will Not Be Alone

Jesus was not a triumphalist

How should we read the bible?