Billy is from Central Kentucky and currently lives in Lexington with his wife Maria Russell Kenney and two children, Miranda (8) and Roman (3). He earned a B.A. in Philosophy at the University of South Carolina and then went on to do a M.Div. at Asbury Theological Seminary. While at Asbury he began spending time on the streets of inner-city of Lexington, building relationships at the ground level with a variety of folks. Toward the end of his time in seminary he helped start a missional community called Communality, and became an active part of the movement of emerging, alternative and neo-monastic communities of the late nineties. In 2007 he co-founded One Horizon Foundation,  currently operating as One Horizon Institute, where he serves as Vice-President and research fellow. He is also the executive director of Amahoro  US, a partner and supporting organization to Amahoro Africa. Billy is honored to be a contributor to Work of the People, where he seeks to bring together his interests in critical theory, social movements and the creative arts in the hope of helping to generate innovative new ways of envisioning Christian identity and practice. 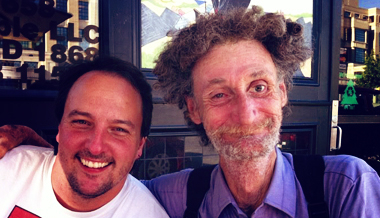