Born and raised in Birmingham, Alabama, Alexander grew up as part of a large extended family that had emigrated from Lebanon a generation previously. He grew up with the ancient traditions of Maronite Catholicism and was expected to become a priest, a family tradition since the year 1300. Alexander was led otherwise.

He attended the University of Notre Dame and received a degree in Cultural Anthropology. Next came a Master's in Counseling Education, a Master's in Religious Education, a graduate certificate in Pastoral Psychotherapy, and a Ph.D. in Clinical Psychology. His training includes time in Switzerland with Jungian analyst, and founder of Sandplay Psychotherapy, Dora M. Kalff. Returning to the United States, years of retreat ministry, private practice, teaching, leading trainings and study continued to build on a life-long practice of prayer.

Beginning in 2001, Alexander's professional life changed from being solely a speaker to also becoming an author. From his primary work as a psychologist, spiritual director, and liturgist, he has moved to being a widely sought teacher, trainer, and inspiring keynote speaker. 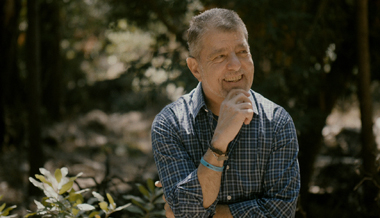 And Your Will Be Done

Who's really asleep in the boat in the Gospel of Mark?

Faith as a Verb

Advice from Alexander J. Shaia when you don't know the way forward.

Alexander J. Shaia on the role of the church.