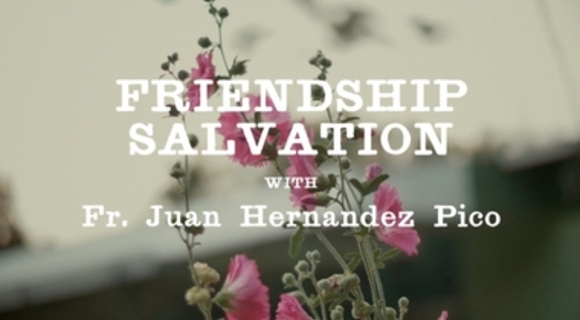 Father Pico was a friend and collaborator of Archbishop Oscar Romero. Romero broke with the power of the state of El Salvador and with the papacy in Rome to walk alongside the marginalized. He ended up getting assassinated in a small hospital chapel in El Salvador.

I talked to Father Pico in a garden that was also the burial site of many of his murdered and tortured friends. I was filming with my back to the garden when I asked Father Pico what salvation was where he sees signs of resurrection. He looked into the garden where red blood stains were now roses and said, "Friendship."

The Miracle of Love

Get to know the god of love.