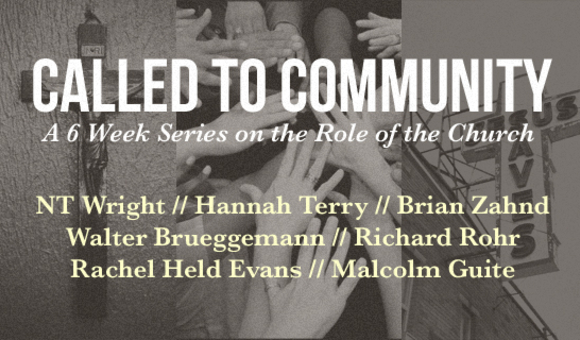 In the midst of these radical shifts in our society and within Christianity itself, it is clearly time to revisit the question “What is the role of the Church?”

Our generation’s answer to these questions will have a reverberating impact on the course of human history. Will the Church “die”? What about resurrection? Is there a clear line between the two or are they both happening simultaneously before our eyes?

This curriculum bundle features several of our generation’s wisest souls reflecting on these issues and the larger question of “What is the role of the Church?” Our prayer is that it sparks rich, rewarding and fruitful discussion and reflection for your small group and enables you to move through this time of rapid transition with love and with grace

ABOUT THE CURRICULUM WRITER

Rev. Rich Nelson is a disciple of Jesus Christ, husband, father and Episcopal priest who has served both Episcopal and Lutheran faith communities and an Episcopal school. He also co-founded Bridge Ministry of Burton, TX, an example of what it can look like when all 13 churches in and around one small town come together across denominational and racial differences to serve their community together in Christ's name.

Rich continues to serve as a leader of Bridge Ministry but has recently stepped aside from congregational leadership to devote his ministry to writing and creating better resources for discipleship. His flagship program is "Following the Way," an innovative discipleship resource to support individuals and small groups as they explore and live into the Shema/Great Commandment.

He is married to the Rev. Karen Buck Nelson and they have two sons. Karen is a pastor in the United Church of Christ. Their oldest son was baptized by a Methodist truck driver. Their youngest son was baptized by a Lutheran bishop. In his extended family is an Episcopal deacon, a former Orthodox monk and a Baptist preacher. Their family loves being an incarnation of a new era of ecumenism.